A Night of Wine and Marine

In the Always a Marine series, we meet those individuals, Marines who win our nation’s battles and have become quality citizens. For the most part, the Marines featured in these books have left active duty either through choice at the end of their contracts or because of injuries that sent them home.

In previous books we’ve met Luke, the officer and gentleman who left his heart behind when he enlisted, Logan and Zach, the best friends who would do anything for each other, and James, the psychologist trying to help them all put the patchwork of their lives back together.

In Proud to Serve Her, I would like to introduce you to the stellar chef and former cook of their unit: Damon Sinclair. You may remember him from his brief appearance in Tell It to the Marine.  Damon’s time in the Marines helped him to become a stronger man, but a man with a passion for food that he first learned at his Momma’s knee.

Damon believes that a person’s choice of wine says a lot about them and that food is for the soul, not the belly. When his one-night stand time comes, he makes arrangements to meet his date at the grand opening of his new restaurant. His plan is very simple; seduce her with magnificent food and wine.

By contrast, his date Helena, has spent so much of her life focused on her education and her career, she’s faced one too many birthdays alone. It took Madame Eve a whole year to find the perfect guy for her one night stand, but is she ready for Damon’s sensual assault?

“Wines say a lot about someone. A person who orders a dry white is a focused individual, and prefers clearly defined foods, with a smoky cheese. Whereas the patron who enjoys a fruity white is more likely to indulge in a spicy dish.” The lyrical cadence to his words fascinated her.
She rubbed her finger against the warm side of the coffee cup. A swallow of the bitter black brew helped. It was far less than her stomach wanted, but it would have to do for now.
“And red wines?”
“Reds are complicated. First there are the blushes. The shy palate prefers a blush because she knows what she’s getting, but she really wants to experiment. She just doesn’t know how. She who desires a merlot possesses sophisticated taste, but is very clear on what she won't try. And burgundies…” the faux waiter sighed, dragging the word out until the breath caught in her throat. “Burgundies are for those hungry for something they've never had before.”
“And you can tell all of that by what wine a person orders?” Her heart thudded against her ribs with a curious thrill of anticipation. If he was any example, this restaurant would be a smashing success.
“Yes, ma'am. Which wine would you prefer?”

This is probably one of my favorites from the Alwaysa Marine series and I warn you, I was starving while I wrote this. So pour yourself a glass of wine, curl up with a good meal and enjoy Damon and Helena as they celebrate her birthday.

Want to win a copy? Tell us your wine selection, Damon wants to know.

Email ThisBlogThis!Share to TwitterShare to FacebookShare to Pinterest
Labels: 1 Night Stand, 1NS, Always a Marine, Decadent Publishing, Heather Long, marine romance, Once Her Man Always Her Man, Proud to serve her, retreat hell she just got here, Tell it to the Marine

What's Madame Eve up to? 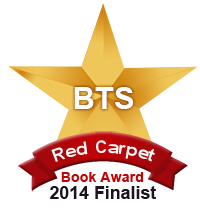 Have a 1Night Stand 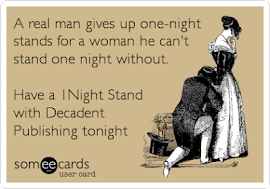 Have you had your Daily Dose of Decadence?